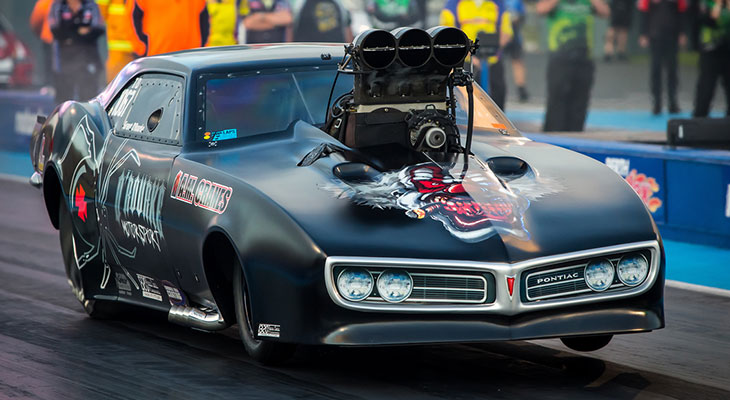 When Pro Slammer racer Grant O'Rourke heads to the Perth Motorplex this weekend he will be effectively competing in not one, but two events.

This week's 45th Annual Home Group WA Westernationals event (5-6 February) will host the semi-finals and finals of the Nitro Slam event, which was rained out there in December.

The second and third rounds of qualifying for the 'Westernats' will double as the final two elimination rounds.

400 Thunder Pro Slammer points leader, John Zappia was a surprise first round loser at the Nitro Slam, which leaves the door open for second in points, O'Rourke.

"As we all know, anything can happen in this game we call drag racing, so as always we will just be as prepared as possible and go out there to do the absolute best that we can," O'Rourke said.

"It is definitely a good chance to close the gap on Zap who has got away a bit at the front there. With him having been knocked out in the first installment of the racing late last year, we will be looking to take advantage of that as will the entire remaining field.

"It will sure be interesting, that is for sure - it is going to be a case of absolutely going for it right from the get go!"

O'Rourke meets third-placed Mark Belleri in the semi-final (also doubling as the second round of qualifying for the Westernats), with the format challenging for all those involved.

"It is definitely going to be a demanding format," O'Rourke said.

"The approach to qualifying and the approach to racing is so different, so to do both at once is going to be taxing physically and mentally for everyone involved.

"Having said that though, we know what we are up against heading in, so we have a game plan in mind and have laid down the ground work ahead of time to make sure that we are as ready as possible to make the most of the format.

"Everyone on our team knows what is ahead and what they need to do, so now we just have to hope that we can put it all together on the night."

Fourteen Pro Slammers are entered for the weekend's event, with qualifying from 6.00pm Friday with racing for the Westernats underway the same time Saturday evening.