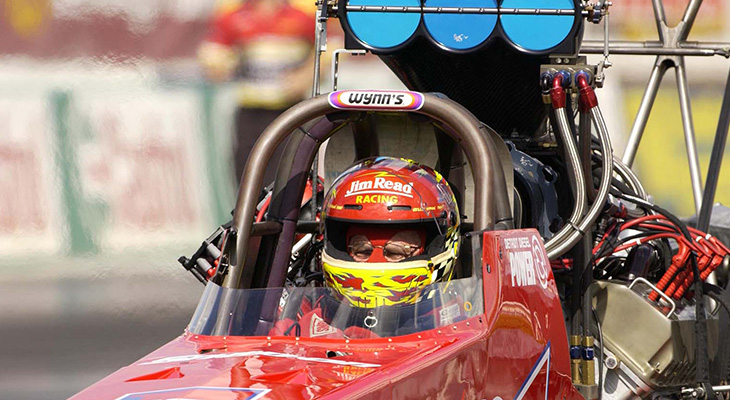 Read was presented with his award in front of his family and the who's who of Australian motor racing at the second annual Hall of Fame gala function held at the Melbourne Convention and Exhibition Centre.

Read started in the sport 51 years ago, and was the first Australian to break the seven, six and five second barriers.

He was also the first Australian to surpass 300 miles per hour, and is the only driver to have won both the Top Fuel and Funny Car titles at the same Nationals event.

In 1982, Read also became the first Australian to top qualify at an NHRA national event in the United States when he grabbed the top spot at the Winternationals in Pomona, California.

He is Australia's only representative in the International Drag Racing Hall of Fame (2010), and is also a member of the Cruzin' Magazine (2001) and ANDRA (2016) Halls of Fame

But perhaps his greatest legacy for the sport came as a result of the culmination of six years hard work with the construction of Sydney Dragway.