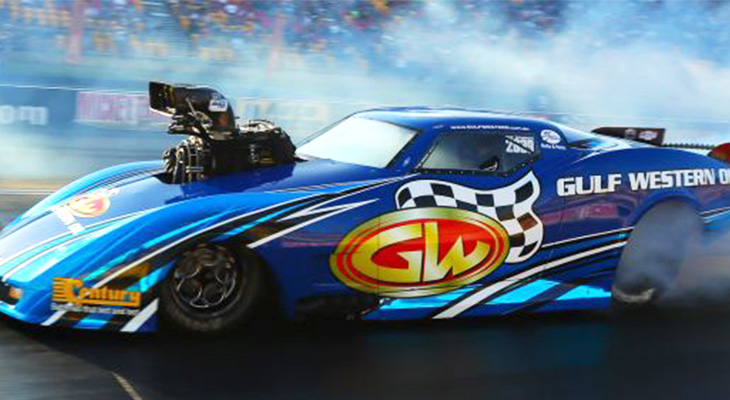 Ben Bray is eyeing off a podium finish in the ANDRA Top Doorslammer Championship at this weekend's Summit Racing Grand Finals in Adelaide.

Bray only joined the title chase at its midway through the season, but sits fourth in points with his Gulf Western Oil Corvette.

Third will be achieved just by qualifying as Grant O'Rourke is missing from the Grand Finals, while second in points is possible if Bray makes the final round – current second placed driver, Mark Belleri also missing the ANDRA season-ending event.

"To be heading to the ANDRA Grand Final with a chance of being the title runner-up despite our late entry into the fight is a testament to the commitment of the team and the support of our sponsors, especially Gulf Western Oil," Bray said.

"With their support behind us we have been able to mount a strong campaign since coming back to full-time competition earlier this year, and by virtue of that we find ourselves in the box-seat to stand on the ANDRA title podium which would be a great preamble to our full tilt at the 17/18 championship chase.

"Dad (Victor) and I are certainly looking forward to hitting the track at AIR in our Gulf Western Oil Slammers and putting on a show for the Adelaide fans."

Qualifying for Top Doorslammer kicks off at 5:33pm Friday afternoon, with the first round of eliminations 5:30pm Saturday.