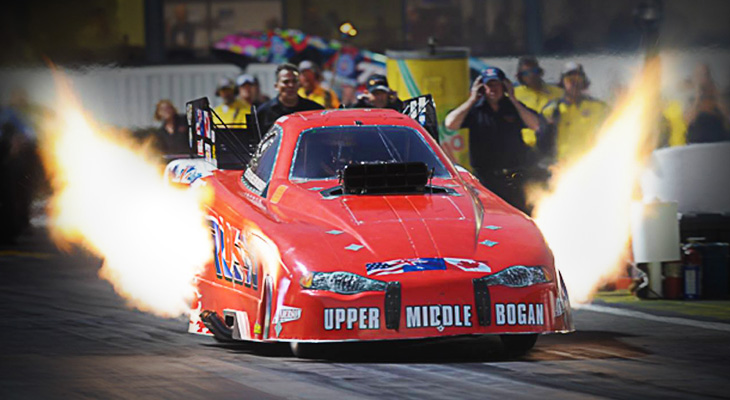 Respected Canadian Funny Car driver, Jeff Arend is back behind the wheel of Australians Peter and Helen Russo's nitro Funny Car for this weekend's Denso Spark Plugs Nationals, at The Strip in Las Vegas.

Arend has driven for the Russos, who campaign their Murray Anderson-built Monte Carlo Funny Car on a self-funded, part-time basis, for a number of seasons.

He and the Russo team showed their potential by qualifying on the bump in the quickest Funny Car field ever with a best ever run of 4.045sec/302.55mph at Las Vegas last October.

But Arend skipped camps for the season-ending Finals at Pomona when he was offered the opportunity to replace Alexis DeJoria in her Kalitta-fielded Patron Tequila car as she was recovering from the symptoms of concussion.

Jon Capps, brother of reigning NHRA Funny Car World Champion Ron Capps, stepped into the Paul Smith-tuned Russo Monte Carlo for the Finals and recorded personal bests runs of 4.093/254.81 and 4.053/307.44, albeit falling agonisingly short of the new record bump of 4.029.

Professional qualifying for the Denso Spark Plugs NHRA Nationals begins at 8:00am Saturday morning (Australian East Coast Daylight Savings time) and you can support the Russos by following the live coverage, streamed by NHRA All Access.