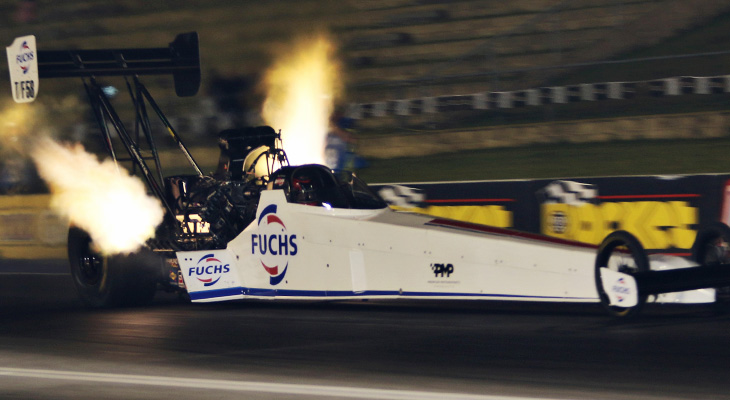 ANDRA has announced a major restructuring of its operations and opened the door to 400 Thunder's Professional Drag Racing Series being run at ANDRA sanctioned tracks, with JustDragRacing.com believing it will happen from as early as next month with Darwin's Nitro Up North event.

Significant losses over the past six years totalling over $1.2m appear to have taken their toll on ANDRA, with the new structure recommended by ANDRA CEO Grant Goodall meaning ANDRA will now have a far leaner organisation.

As part of that, Goodall's role has been made redundant, with ANDRA set to now be run by a General Manager.

Current ANDRA Competition Manager, Brett Stevens has been appointed as acting General Manager, while Goodall, whose role was only part-time, will take a casual, non-paying position on the board.

Today's announcement said ANDRA would concentrate on its role as a sanctioning authority and manage the Summit Sportsman Series, effectively rolling back on its attempts to market the sport and Group 1.

Industry sources have been suggesting for some weeks that ANDRA was all set to drop its professional Group 1 Championships from its 2017/18 season calendar and concentrate on its Sportsman Series.

Thoughts of some sort of reuniting of the sport, which has been split for two years, were then seemingly discarded when APDR's release was withdrawn from websites just hours later.

Then yesterday, Hidden Valley Raceway issued a note online to its members stating: "Some of you may have received an email release from 400 Thunder yesterday. This release was inaccurate and has since been withdrawn by 400 Thunder management."

It is understood Hidden Valley issued the note to calm members about switching sanctioning bodies (which the APDR release did not suggest).

Hidden Valley's note was then subsequently edited the reference to the release being in error was removed.

While confusing, it again opened the door to 400 Thunder's appearance at Nitro Up North as originally announced.

Just Drag Racing.com reported in March ANDRA was looking at doing a sensational backflip on its 18-month old decision not to deal with 400 Thunder, hoping to negotiate a "one series concept approach" with the rival series.

Acting chairman Terry Jongen suggested at the time ANDRA would lead in what he told members was an "initiative," but JustDragRacing.com understands the push came from event promoters of ANDRA-sanctioned venues.

Australian drag racing has been through a volatile six years since ANDRA's change from an association to company structure in mid-2011.

Only Jongen remains as an original board member, while the toll of ANDRA CEOs since 2011 has risen to six with Goodall's departure.

The turmoil reached its peak in late 2015 when ANDRA refused to issue further event permits for 400 Thunder after its first race, the East Coast Nationals at Sydney Dragway.

It was the first time in ANDRA history it had refused to sanction a series, and caused a major split in the sport.

The ANDRA board's decision subsequently opened the door for the US-based International Hot Rod Association (IHRA) to be introduced into the Australian market.

In stark contrast, 400 Thunder's recent Nitro Thunder in Sydney drew 44 pro teams for what was essentially a one-day event.

This week's 50th anniversary Winternationals at Willowbank has attracted an impressive 70 pro entries, with full or over-subscribed fields in all six brackets, including Top Fuel, with eight world-class entries.

History shows the health of professional categories has an influence over supporting Sportsman fields at major events, evident with just 220 competitors entering ANDRA's Nationals compared to the almost 550 entries for the 400 Thunder's Winternationals.

While it appears the professional classes will now have a reunited national series, what it all means for Sportsman competitors is still unclear.

While ANDRA has stated it will continue to manage its Summit Series, 400 Thunder has its own sportsman series which runs at IHRA sanctioned tracks.

Whether these will unite as one is yet to be revealed, although it is known the IHRA tracks have signed multi-year exclusive sanctioning agreements with the IHRA, therefore providing some complications.

What it also means for the Perth Motorplex is also unclear, with Sunday's APDR release not mentioning the WA venue.