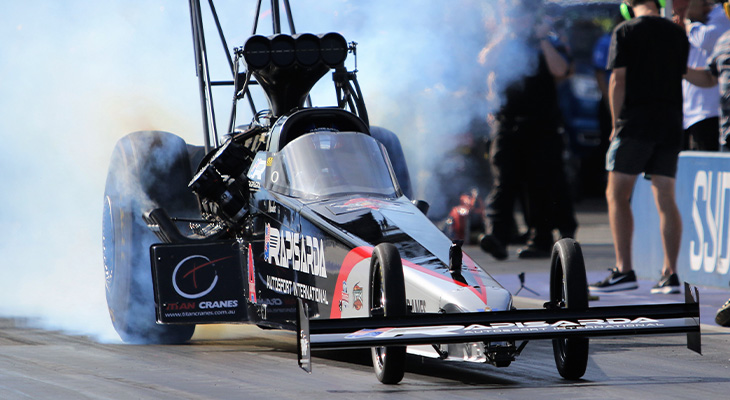 The latest in a flurry of press releases has landed on JustDragRacing.com's desk and, as we predicted, 400 Thunder will run at ANDRA sanctioned tracks as early as next month's Nitro Up North at Hidden Valley Drag Strip.

Australian Professional Drag Racing (APDR) today announced it had signed an agreement with the Darwin event promoters for the series to visit the Top End.

The news comes just a day after ANDRA announced it was restructuring, reducing its workforce, ending its promotion of Group 1 and event marketing and promotion, and scaling back to being a sanctioning body, while also running the Summit Sportsman Series.

Discussions are now in the final stages with Peter Pisalidis for the series to include the tracks at which he promotes event, Melbourne's Calder Park and Adelaide International Raceway.

APDR said it will also begin talks with Perth Motorplex and Alice Springs Inland Dragway to continue towards a united national Group 1 series under the 400 Thunder banner.

The release said ANDRA and IHRA licence holders will be able to compete at all rounds, with 400 Thunder pro series competitors able to purchase a day license where the alternative sanctioning body is operating. Cost will be $50 per license with complimentary Tech Inspections offered.

Willowbank and Sydney Dragways will run 400 Thunder's Sportsman Series rounds (and Springmount), while ANDRA's Summit Series will be run alongside the 400 Thunder pros at Hidden Valley Drag Strip, and additional tracks as the series expands.

The new 400 Thunder 2017/2018 Australian Championship Season kicks off at Hidden Valley on 21/22 July. The event will also be the opening round of the 2017/18 Summit Racing Equipment Sportsman Series.

With ANDRA now accepting the 400 Thunder Pro Series at ANDRA sanctioned tracks, one cannot help but question what the past two years have all been about and why didn't ANDRA just accept the proposal then?