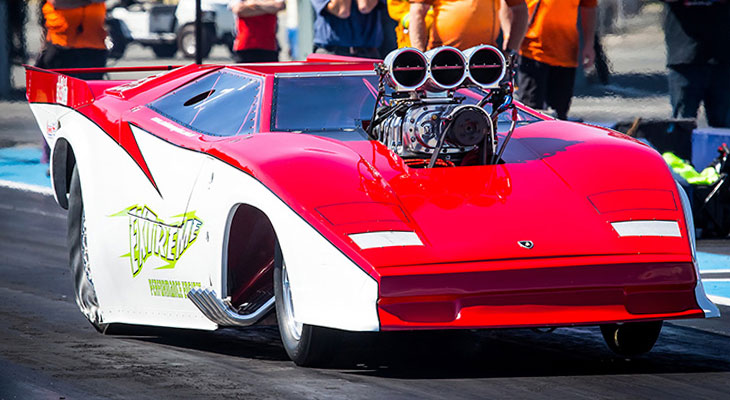 A total of 199 teams have entered the event, with 176 to contest the 10 posted Sportsman brackets – the Westernationals the first of two Sportsman rounds hosted by Perth Motorplex.

The Westernationals is the first chance Perth racers will have to score points on home soil and become eligible to race for the title at the season finale, the Winternationals at Willowbank in June.

"We're thrilled to see so much support at the first Sportsman Series championship event to be run under IHRA sanctioning," Allen said.

"Sportsman racers are the backbone of drag racing, and to have more than 170 entrants to complement our Home Group WA Westernationals Professional field will mean constant action for those at the Perth Motorplex, or fans tuned in other states through the live stream."

Super Sedan will be hotly contested with field of 36 entries, boasting a variety of Holdens, Fords, Chevrolets and even a Leyland P76 and Valiant set to challenge two-time Australian Champion John Kapiris' HQ Holden.

Competition Eliminator has lived up to is reputation of diversity, with everything from Sam Treasure's Hemi-powered Ford T-Bucket, to the Lexus SC400 of Moreno Gullotto and Altereds of Stuart Moresby and Trent Morrison.

The Home Group WA Westernationals takes place this week with qualifying and the remaining Top Bike an Pro Slammer rounds from 3:30pm Friday, and continuing on Saturday from 10am ahead of eliminations from 2:20pm.

Tickets and further information about the Home Group WA Westernationals double header can be found at www.motorplex.com.au.