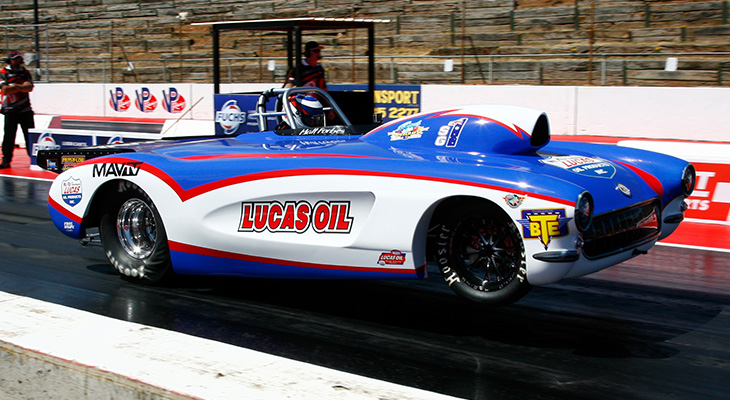 Former Adelaide International Raceway drag racing promoter, Rino D'Alfonso has welcomed ANDRA's attempt to reunite the sport but has strongly questioned why the sanctioning body needed to put the sport through so much turmoil.

D'Alfonso was stunned with ANDRA Chairman Terry Jongen's comment that its attempt to reunite the sport would "showcase Group 1 whilst taking into consideration all other Sportsman brackets."

"Why now and why not 18 months ago when I offered [ANDRA] exactly the same for the Springnationals at AIR and was knocked back?" D'Alfonso asked.

D'Alfonso's successfully returned drag racing to Adelaide in 2011 after an 11-year hiatus, his Racing Onn Promotions renting the AIR venue from its owners.

The Springnationals was AIR's showcase event, but at the height of the sport's public bickering, ANDRA was unable to guarantee the required Group 1 fields to ensure its 2015 running would be successful.

As such, D'Alfonso concluded a deal with 400 Thunder to run its professional series at the Springnationals, with ANDRA's Summit Racing Sportsman Series as support.

But complicating matters was that 12 months prior former ANDRA CEO Malcolm Bulley had inserted the sanctioning body between Racing Onn and the track owners in the venue hire agreements.

Subsequent leases listed ANDRA as 'promoter' and D'Alfonso as 'guarantor' with ANDRA able to dictate the make up of events, but Racing Onn having to undertake all the work and accept all financial risks.

When D'Alfonso informed ANDRA in July 2015 of his line-up for the October Springnationals, the concept was canned by then ANDRA Chairman Michael Fotheringham.

ANDRA subsequently cancelled the event while Racing Onn stopped promoting events at AIR and open drag races were again halted in Adelaide for some time.